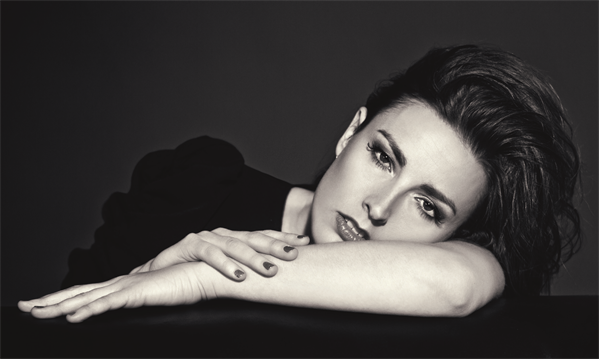 Danish vocalist, Sinne Eeg, is hailed as one of Scandinavia’s most talented and creative vocalists. Her last four recordings have all earned the Danish Music Award for best jazz vocal album. She’s an accomplished songwriter with a strong command in her approach to jazz, drawing out her own definitive style on both her original songs and repertoire from the American Songbook. As the Project Manager for ArtistShare, I was ecstatic to find out that she would be doing a new fan-funded project.

In January 2017, Eeg visited New York for a couple of performances and to record the project that would actualize her musical dreams.  This project (appropriately titled Dreams) is an expressive statement of her creative world, music with a dark Nordic tone and melodic color. For years, she’s worked with one of Denmark’s most versatile pianists, Jacob Christoffersen. Now, to help make her dreams a reality on this recording, she has also invited some of the most individual improvising musicians in America, drummer Joey Baron, bassist Scott Colley, and guitarist Larry Koonse. When my boss, ArtistShare creator and founder Brian Camelio, asked me to join this incredible band in rehearsals and in the studio to capture some project experience, I was so enthusiastic I couldn’t stop smiling. As a guitarist/composer myself, the opportunity to hang out with these amazing artists was also a dream come true.

I arrived at Michiko Studios half way through the band’s rehearsal day in New York, right before they took a brief break in between songs. When I opened the door, the band seemed to be in a creative haze, as if they were emerging from a musical meditation. As everyone turned towards the entrance, I squeezed into the tight rehearsal space and introduced myself to Eeg and the band. Having worked with Scott Colley on other ArtistShare projects (Koppel/Colley/Blade Collective and Current), he gave me a warm welcome and helped to smooth out some of the awkwardness that happens when meeting people for the first time in a small space during a rehearsal.

The band re-tuned and prepared for the next song as I took out my camera to capture some videos to share with ArtistShare participants. What happened next was so inspiring that the hairs on my arm rose. I was floored by Eeg’s voice on one of her original compositions. The writing was subtle and unique; it really showcased her ability to tell a story. The band followed her immediately with an approach that made it seem like they had played this song their entire lives, even though this was probably the first time they had even seen the sheet music, let alone heard the melody. The musical communication between these artists was awe-inspiring.

Eeg then decided to rehearse a funky, broken-time version of the Cole Porter tune, “Anything Goes”. The lock between Colley and Baron was extremely tight, yet there was a fluidity in the groove that added waves of expression to the arrangement. Christoffersen’s piano accompaniment blended the harmonic sensibility of Thelonious Monk with the funky rhythmic style of the Head Hunters.

The rest of the rehearsal was filled with more and more inspiring moments. Larry Koonse’s guitar orchestration provided lush and beautiful textures behind Eeg’s dark and flowing melodies. Colley, Baron, and Eeg traded brisk solos that made my jaw drop. The interplay between the guitar and Christoffersen’s piano accompaniment was like watching butterflies dancing from flower to flower. There were no clashes, and both provided beautiful support.

When I joined the band at System’s Two Studios a couple days later to conduct some interviews, I was thrilled to sit down and talk with each of these musicians. Each musician had incredible stories; they shared their approach to music, their influences. We shared dozens and dozens of laughs (in addition to being musical masters, these artists have a pretty good feel for comedy too). Getting to know Eeg through her interviews made me understand and appreciate the music even more. After speaking with every band member, I needed to hear the music.

As I sat in the control room with Brian Camelio and studio engineer Mark Marciano, listening to the band record Eeg’s original song “Aleppo”, the hair on my arm rose once again. Eeg’s lyrics show that she is a true storyteller and her band created a platform that could bring these stories to life.

Sharing this experience with five incredible musicians truly was a dream come true. Watching Eeg turn notes on pieces of paper into beautiful recordings was inspiring. I am glad we can share a portion of that experience with participants on ArtistShare.  Interested listeners can participate in Sinne Eeg’s fan-funded recording project Dreams on ArtistShare and access videos from the rehearsal and the studio, as well as watch interviews with the musicians. The album is set to be released in September, and we cannot wait to share this experience with you.