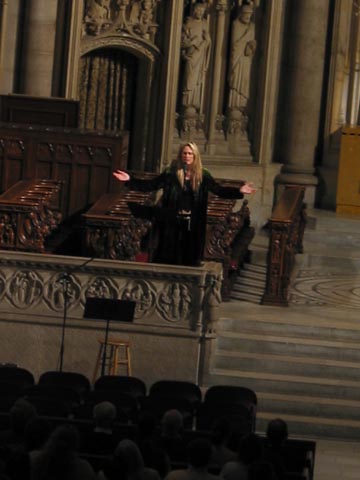 Past Project Highlights for Power/Play

October 11 2002 Congress passed a bipartisan resolution cited as the`Authorization for Use of Military Force Against Iraq Resolution of 2002'.

To acknowledge the passing of five years since the U.S congress gave president George Bush war powers, we present a musical recollection of original compositions and "mash-up" set-piece conflations framed by remixed verses of Bob Dylan's declarative tome "Master’s of War." POWER/PLAY had its first incarnation as a commission for Brooklyn Academy of Music Bam Cafe to compliment their film series “Hanoi to Hollywood”. Today we continue to explore the unraveling American narrative; The United States of America at war and work; through the lens of the Civil War, WW2 and Vietnam War, up to our current horror.

Past Project Highlights for JUMP!

I often feel as though I ‘m standing on moving ground. My experience tells me that long held cultural beliefs and definitions are shifting and reshaping under my feet. I want to make music that emotionally and structurally reflects my sense of that changing reality.
see details

Past Project Highlights for What I Want

Video and creative projects here to be seen!